TY – A Work of Heart

On March 2nd 2018, the real mayor of Brixton, AKA acclaimed and respected rapper/producer Ty returns with 5th longplayer ‘A Work Of Heart’. Produced predominantly and written by Ty, this hip hop classic is a proper artist album that elevates the genre in an ambitiously artistic manner akin to Kendrick Lamar and Kanye West.

The crisp and bouncy audiophile production is suffused with evocative, flavour-filled samples, live instrumentation and a heady, groovy atmosphere, whilst clever but accessible, vivid and entertaining lyrics are delivered with a grown man hip hop finesse and honest, bullshit-free directness.

The Jazz re:freshed record label has been doing big things since its official inception in 2016 and this is its biggest thing to date. From their popular weekly live residency in West London, to the annual packed out JAZZ RE:FEST festival on the Southbank to their many other platforms, Jazz re:freshed are building on the organisations mission to provide services and support independent, UK jazz and jazz influenced artists. Co-founder Adam Rockers says, “It is an honour for us to have TY on our label because for years we have respected him and his forward thinking approach to hip-hop and the musicality he brings to the genre.” 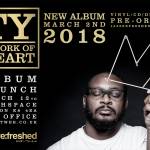 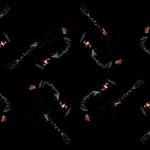 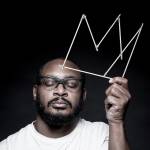